A passionate drummer, Daniel Gottschlich doesn’t miss a beat in the kitchen – as his two Michelin stars prove! Every day, he takes patrons of his restaurant Ox & Klee (in the Rheinauhafen development) on a magical mystery tour with his “Experience Taste” menu – a culinary voyage of discovery through six senses. Daniel was awarded his second Michelin star in February 2019, after receiving his first one in 2015.
We’re delighted to have such a prestigious chef among our #culinarycologne ambassadors and we’d like to take this opportunity to congratulate Daniel and his team on their second star!

What does Culinary Cologne mean to you?

For me, Culinary Cologne is about boosting Cologne’s culinary identity for all to see so that everyone, even beyond the city’s borders, can see that action is being taken and people in Cologne are uniting on projects.

How would you define Cologne’s food scene? How does it stand out from other cities?

Cologne is famous for its liberal outlook, which is also reflected in a number of eatery concepts here. I love that variety and am always glad to see new places open that add to the city’s assets.

What makes your culinary concept special?

“Experience Taste” – we don’t sell food, we offer our guests an experience.

What is your message/philosophy as a chef?

I’m a great fan of taste. I always want my kitchen team to get everything they can out of the dishes we serve. Ultimately, it’s all about the various senses we’re seeking to stimulate. A restaurant experience shouldn’t just taste good, it should smell good, look good and make you feel good.

What are your top three culinary hotspots in Cologne? Where do you like to go?

Opening hours:
Tues to Sat: 7 pm to 1 am
Sun and Mon: Closed 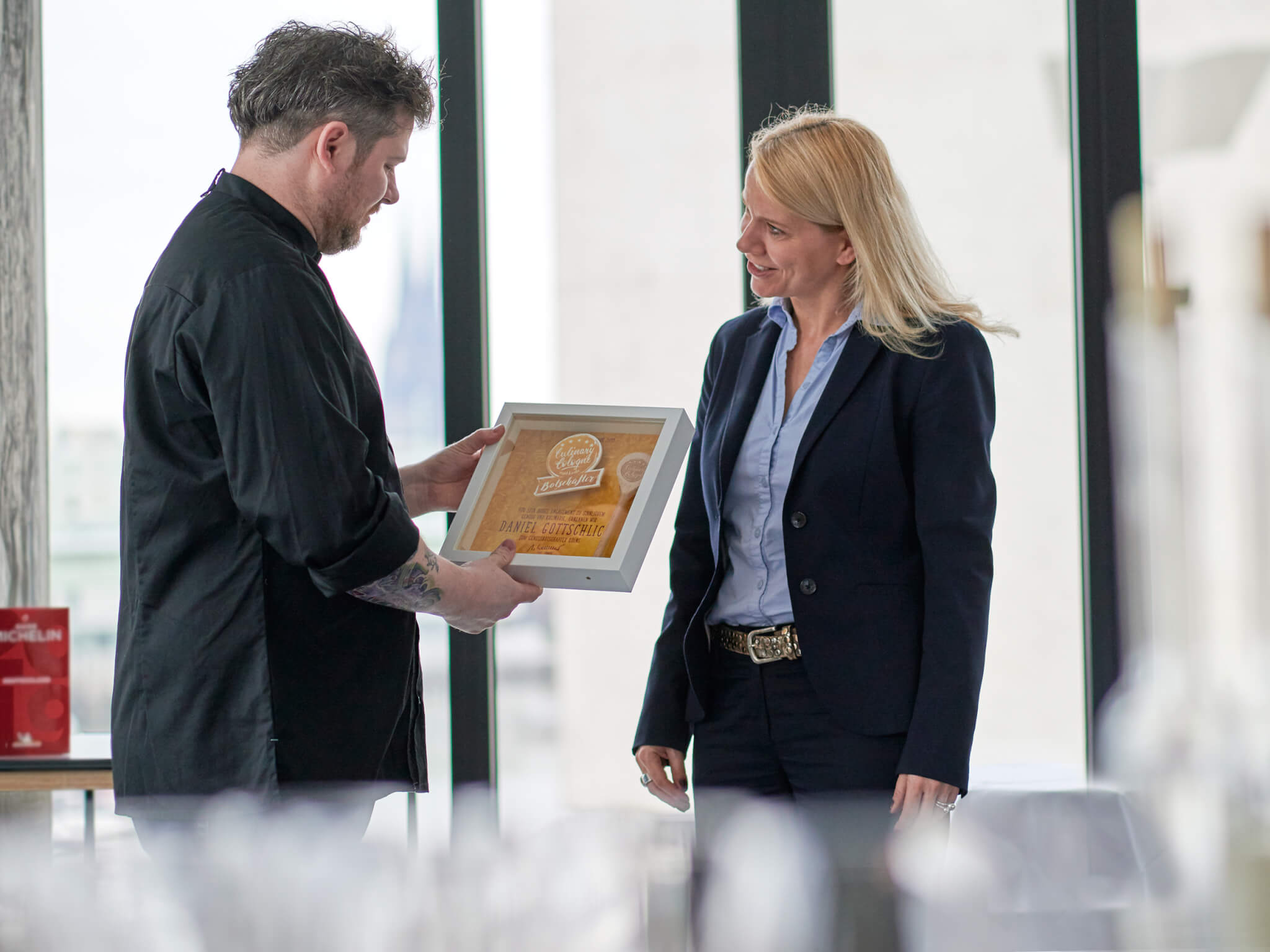