Five days of musical bliss – Each year in late summer, when the days and nights turn beautifully nice and warm, Cologne opens its arms to one of the most attractive musical events in the city. Since its establishment in 2004 the creative heads behind c/o pop have reliably demonstrated a tasteful hand in selecting the crème de la crème of bands and solo artists from Germany and beyond. By tradition, the mix includes both established musicians and relative unknowns from the indie, electro and hip hop scenes who perform in several venues scattered across the city.

c/o pop’s HQ in Stadtgarten has turned out to be the perfect starting point for festivalgoers. Every year that I’ve joined the happy throng, festival programme in one hand and a bottle of Kölsch in the other, there’s been at least one musical revelation waiting for me at the end of a long night.

To me, one of the secrets of c/o pop’s success is that it doesn’t overtax its fans with an excessively long list of performances. That said, it’s not always easy to pick off the best of the more than 20 events on offer for fear of missing out on an unexpected highlight. To help you make your choice, and to demonstrate that Cologne is still a city where amazing music is made, here are seven bands and artists from Cologne and surroundings whose shows I will be attending – as you should too.

I know Keshavara, or Keshav Purushotham, as lead vocalist of the incredible Cologne indie pop band Timid Tiger. A musician who was practically born to be a frontman, he’s now launched a solo career, adding distinctive Indian sounds, rhythms and harmonies to his precisely engineered pop and hip hop numbers. I am very excited to witness how Keshavara, backed as per usual by the most talented artists that Cologne has to offer, will translate his complex musical concept to his live stage show. And of course I want to know what glittering outfit he’ll be sporting this time.

Love A are only partly a Cologne band. Actually, I reckon these four tousle-haired young men don’t even have a fixed abode, aside from their tour bus that takes them from show to show and thankfully also to c/o pop. Their current album Wild und Hund, although a little less desolate-sounding and rough than its two predecessors, is still as driven as ever, and the strange-but-in-a-good-way voice of lead singer Jörkk Mechenbier remains the band’s unmistakable hallmark. Love A’s live performances are an elemental experience during which I guarantee that sweat will gush from every available pore. 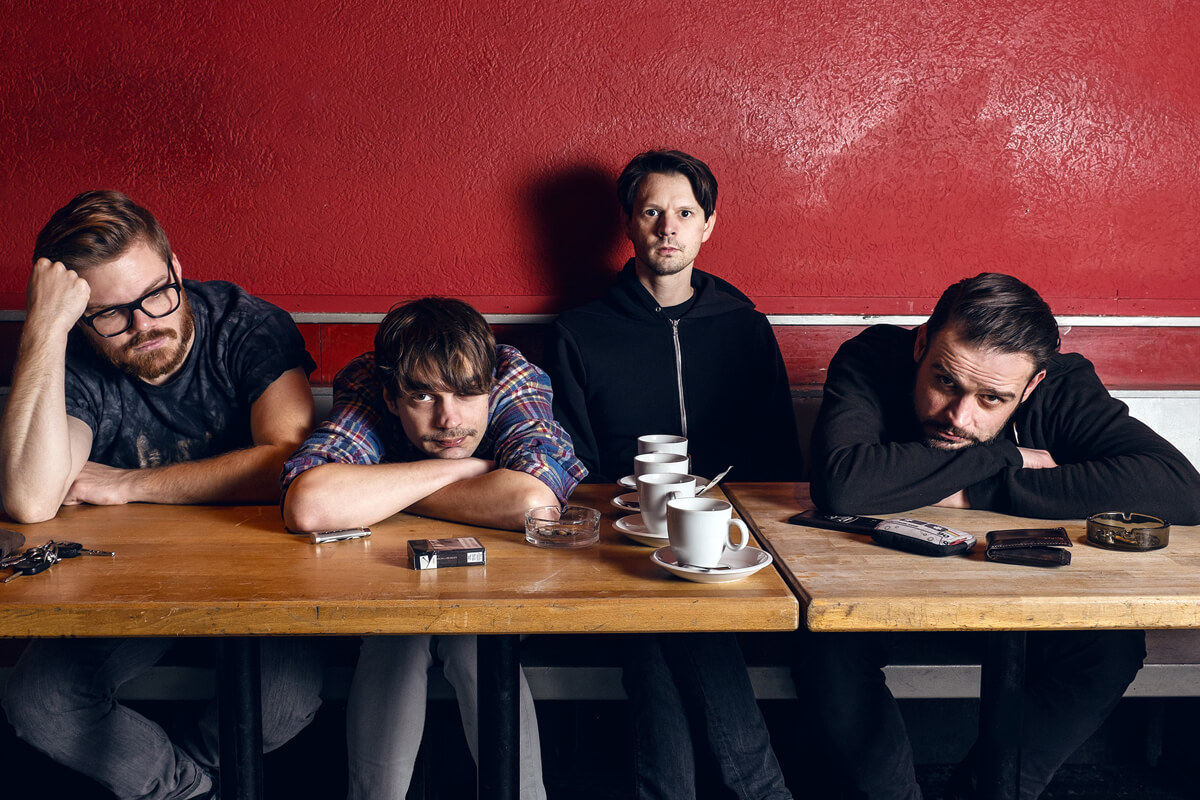 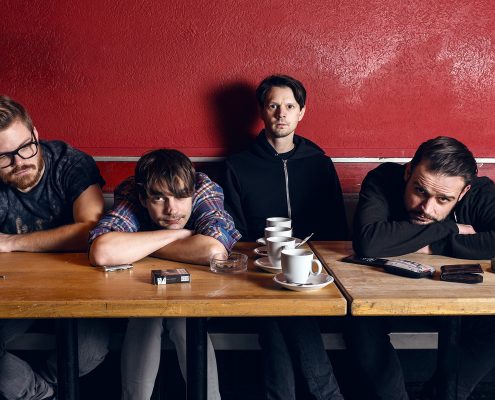 To my mind, musically speaking Oracles is is the most interesting band to perform at this year’s c/o pop. These musicians from Berlin and Cologne unite musical styles from decades past such as krautrock, psychedelia und shoegaze, with their booming audio ebbing and flowing together to produce some pretty amazing pop songs. I’ve never seen Oracles live, only their slightly disturbing but unique music videos. So my expectations of their c/o pop performance in terms of craziness and genius are definitely high. But I have no reason to believe Oracles will disappoint. 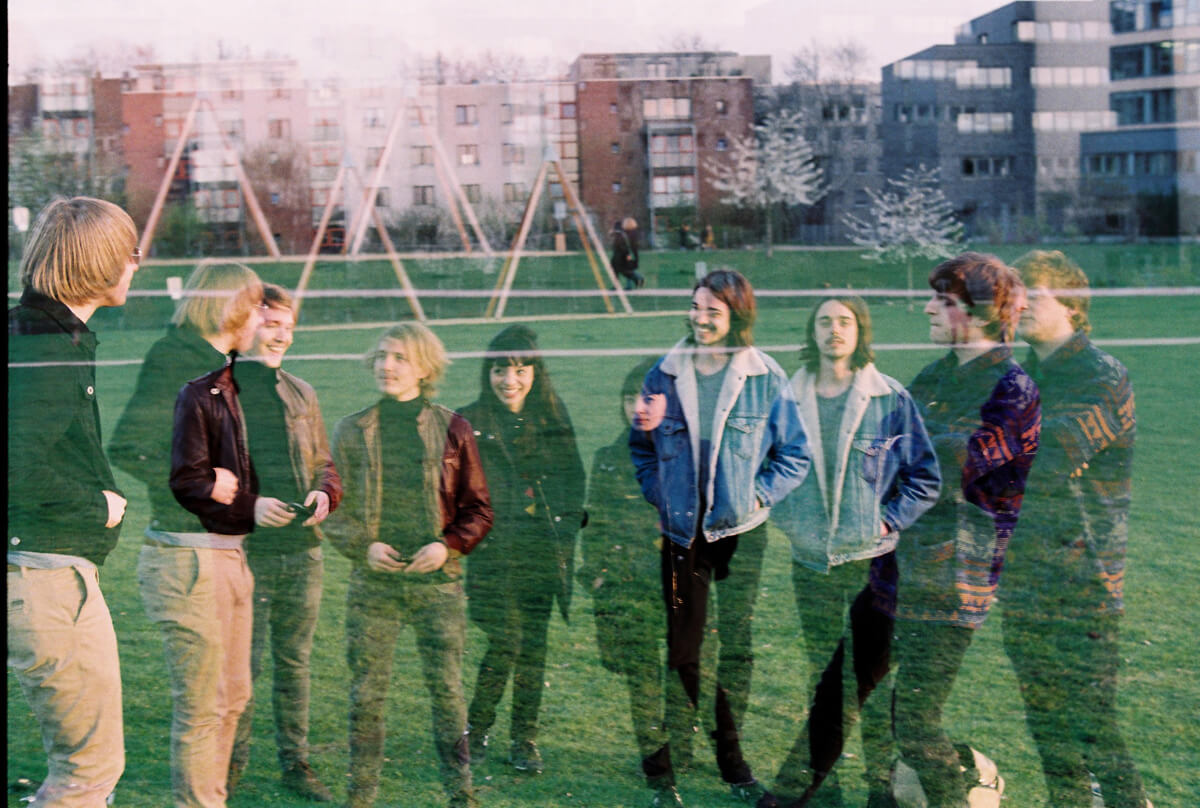 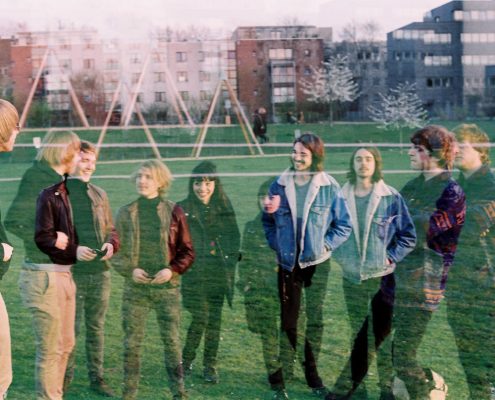 Full disclosure: musically I’m not the biggest fan of OK KID, the high-flyers from Cologne whose second album went to 6th place in the sales charts. I’ll still be attending their show with enthusiasm though, because I want to see for myself how these three guys’ mix of hip hop and pop works on the big stage and how the audience responds to their new material. And who knows, maybe I’ll become a believer after all. 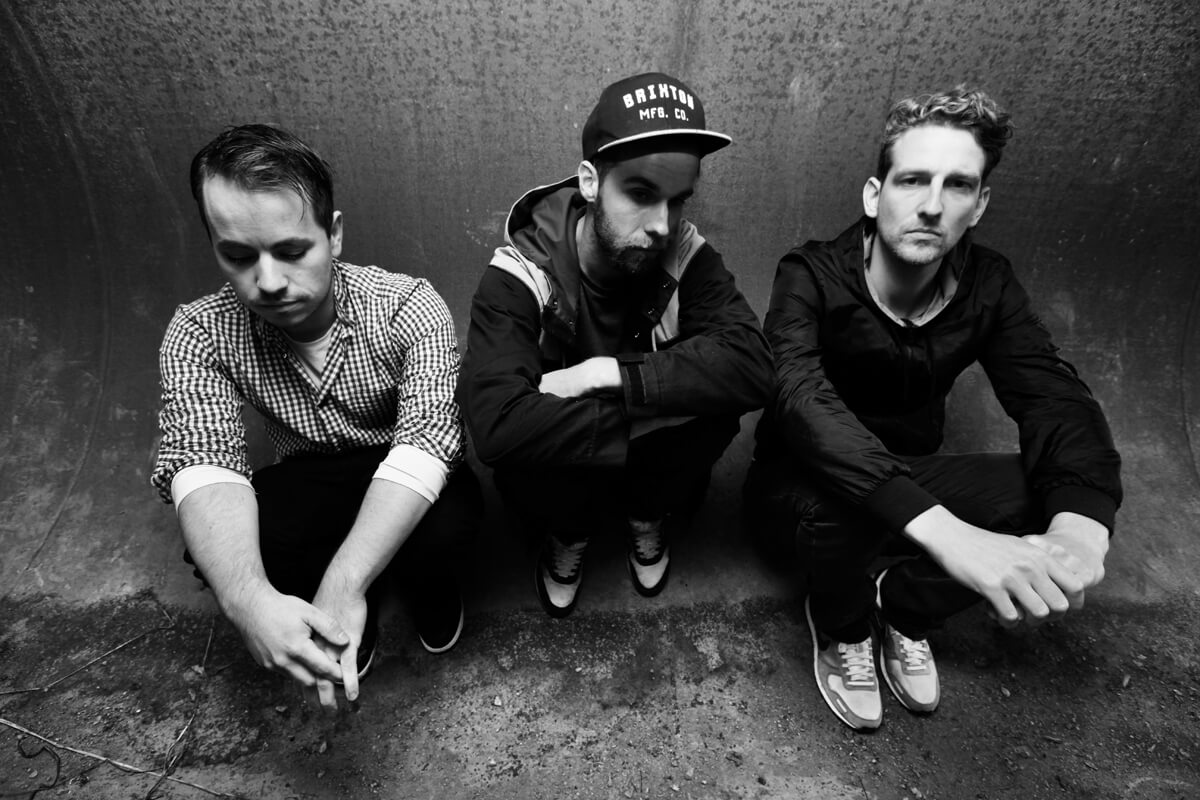 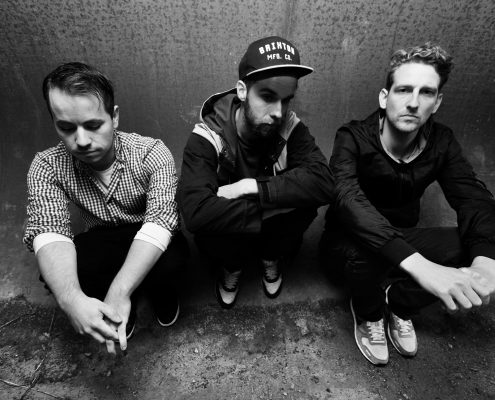 A classic case of deception – Kölsch isn’t a Cologne artist who chose to name himself after his favourite drink – but it’s what’s inside that counts. Kölsch is successful Danish DJ and producer Rune Reilly Kølsch, who is however signed to the respected Cologne label Kompakt. His emotional yet elegant production style makes him an invaluable addition to the techno scene. Kölsch’s live sets tell musical stories as only a classical symphony normally can. I’m usually pretty meh about techno, but Kölsch never fails to get my legs and me up and moving. 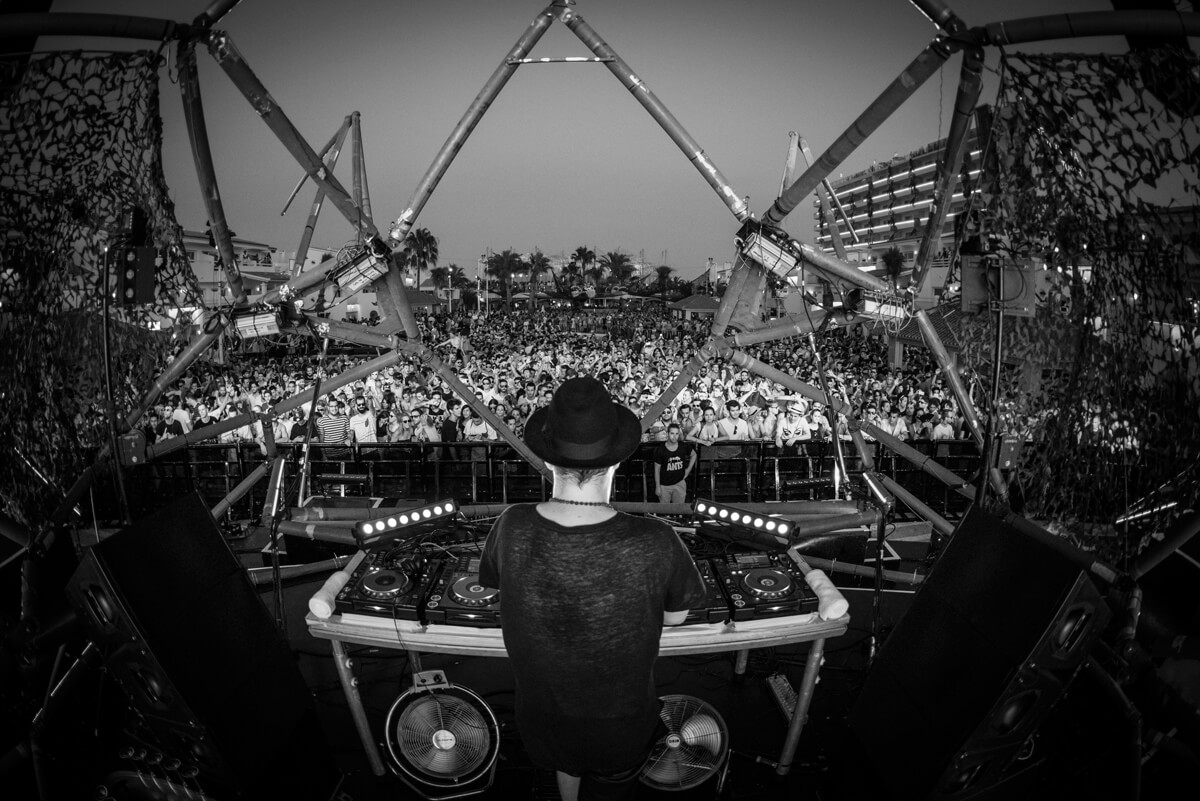 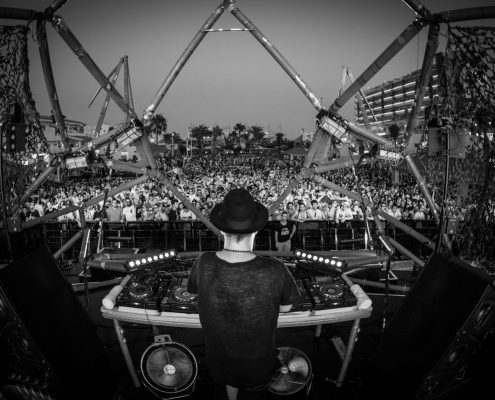 OK, so Umse comes from Ratingen near Düsseldorf, but I still rate him as one of the artists from greater Cologne. Umse produces sound old-school German-language rap and as such is a pleasant constant in what is currently a turbulent hip hop scene. Classic beats with superb soul and jazz samples are paired with clever, but not overly clever lyrics describing his unconventional take on everyday life. Umse manages to unite audiences of any age who enjoy German rap, and mark my words – everyone within hearing distance of Live Music Hall will be nodding and jamming away to this show. If you don’t believe me, go see for yourself. 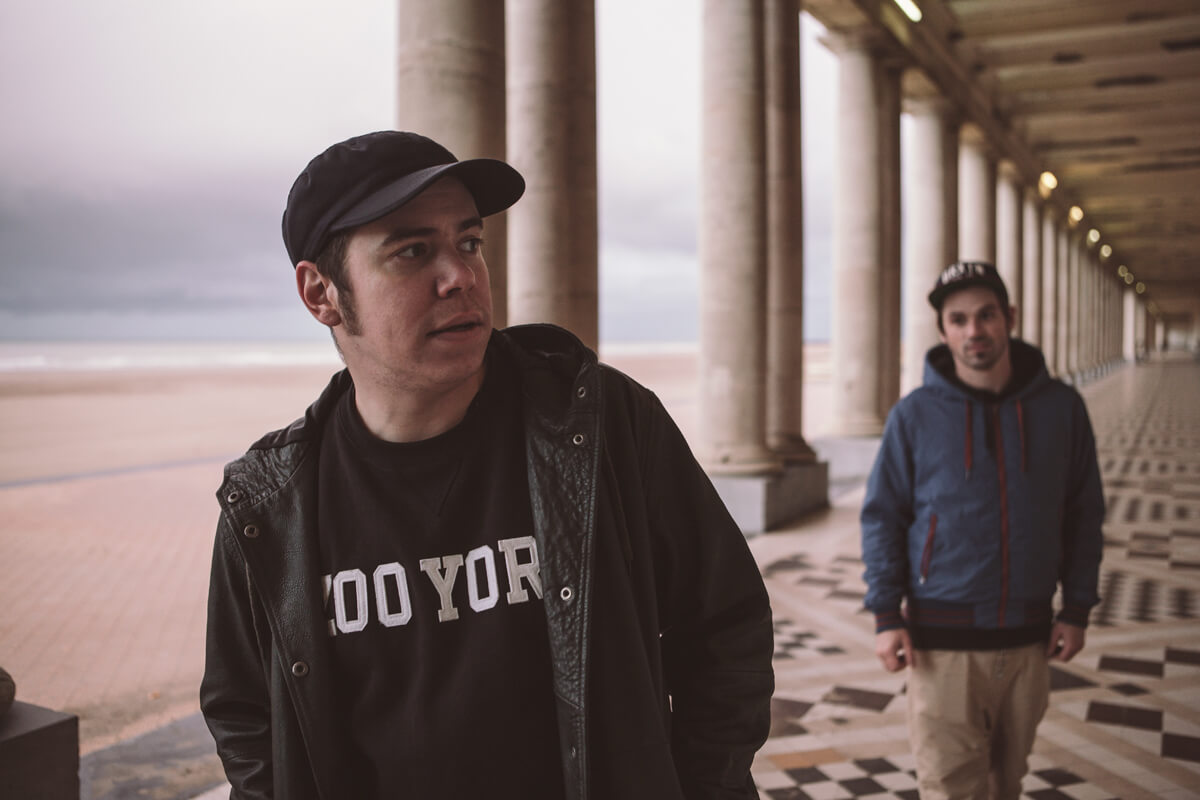 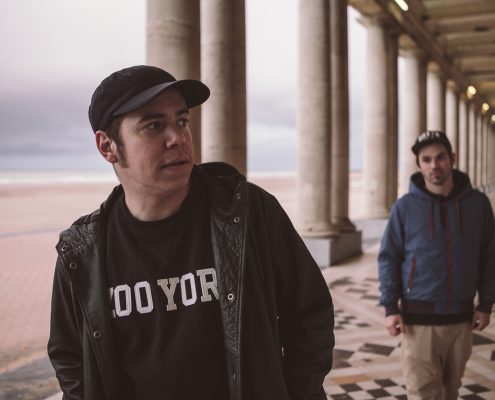 My uncontested highlight at this year’s c/o pop is the joint performance by Berlin and Cologne electronic artists Mouse on Mars and members of Ensemble Musikfabrik. Audiences can look forward to a full evening of contemporary classical music coupled with electronic and digital sounds on instruments some of which were created specially for this performance. WDR’s main broadcasting auditorium is the perfect backdrop for this unusual event that will push established musical boundaries – plus your listening habits – to new limits. 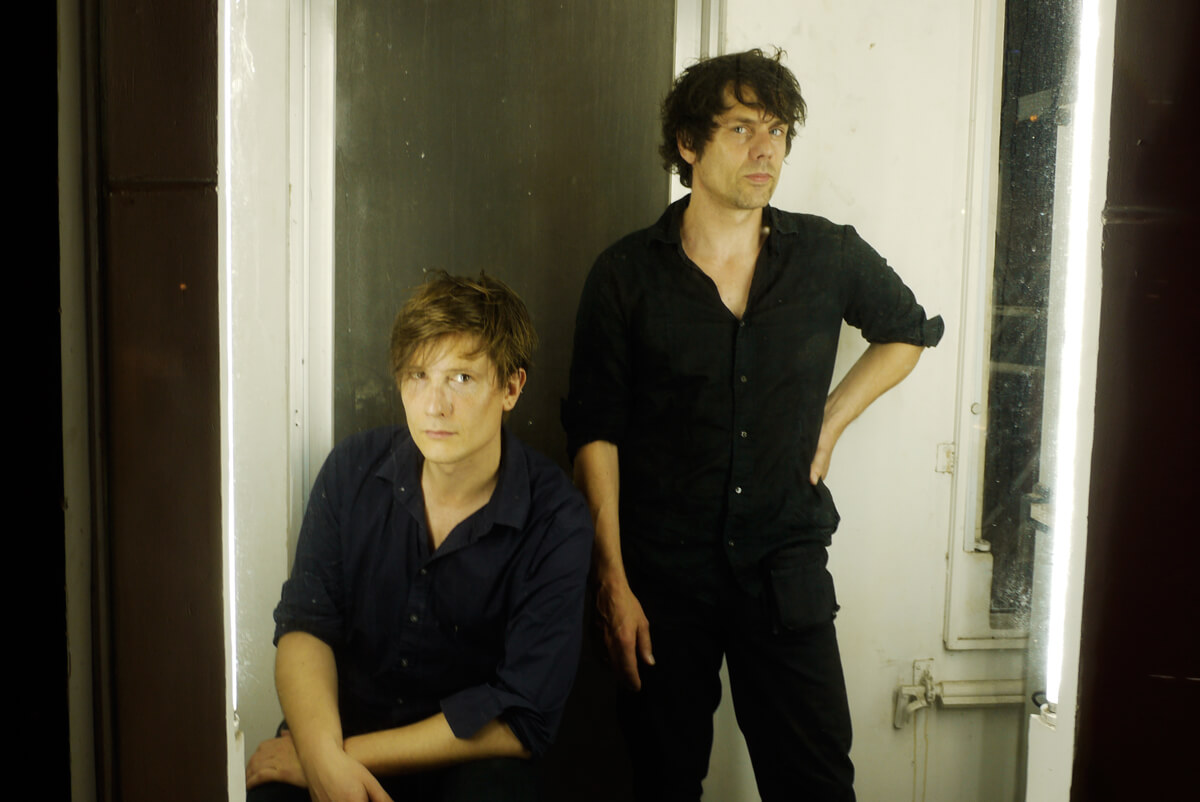 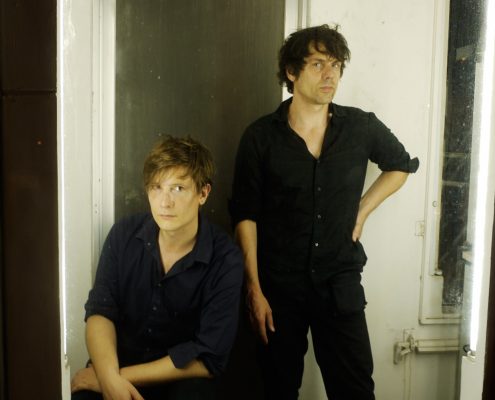 Live at c/o pop: Saturday, 27 August from 9 pm at KLAUS-VON-BISMARCK-SAAL at FUNKHAUS WALLRAFPLATZ