In these days of online streaming, you could be forgiven for thinking that cinemas would no longer be needed. The beautiful truth, however, is that in recent years, cinemas – in Cologne at least – have been experiencing somewhat of a renaissance. The reopening and renovation of Cologne’s smaller picture houses puts a real smile on my face. My Mum saw to it that I grew up in media circles and I was always present at events such as the Children’s Film Festival. That’s why I have a strong affinity with the cinema and my passion is the cosy, unique cinemas that provide a platform for independent productions and help nurture the multiplicity of the art of film. Here’s my selection of arthouse cinemas (Part 1):
(→ Arthouse cinemas in Cologne, Part 2)

Cinenova is somewhat hidden away in the heart of Cologne Ehrenfeld and boasts a large offering of films. As well as entertainment, children’s and young people’s films, Cinenova stands out thanks to its original version films and its open air cinema in the summer. In addition, it regularly broadcasts live opera and ballet performances from London or Paris – how amazing is that! Something that also needs to be mentioned: the cinema and the atmosphere it creates are simply beautiful. It’s open and lively, fitting perfectly into its neighbourhood. And, last but not least, it has a restaurant. What more could you want?

With its discreet entrance at the south side of the Museum Ludwig, Filmforum has been playing the pleasant understatement card for 10 years now. Even inside there’s nothing to hint at the importance of this film location. It’s the only non-commercial picture house in Cologne, which is reflected in the fact that there’s often no entrance fee. What really gets the pulses of cineastes racing is the focus on retro movies, previews and premieres that lie outside of mainstream cinema as well as regularly showing films made by students from the International Film School Cologne (ifs) – something often complemented by lectures or discussions with film directors. Finally, Filmforum is also one of the venues that shows films as part of festivals such as homochrom or the International Women’s Film Festival. It’s safe to say, film has found a lovely home at the Filmforum.

Filmpalette is situated at Hansaring, not too far from Ebertplatz. Next door is the equally-highly-recommended Café Schmitz which I daringly call an artist’s café. So small and sweet, it’s impossible not to fall for the charm of the 50-year-old picture house. Its programme places great value on cinematography, something which is reflected in the number of subtitled original language films it shows. I really hope this cinema lasts for at least as long as I do!

Odeon is one of my favourite cinemas. This lies partly in the fact that I grew up in the Südstadt plus that it’s always shown great films: it has been an institution in this district for as long as I can remember. Odeon primarily focusses on European productions which make up the majority of the films shown here but it also has some well-known international films here too, such as those from the Coen Brothers. Another plus point is that it also hosts its own film events, such as the French Film Day or the Bollywood Festival. 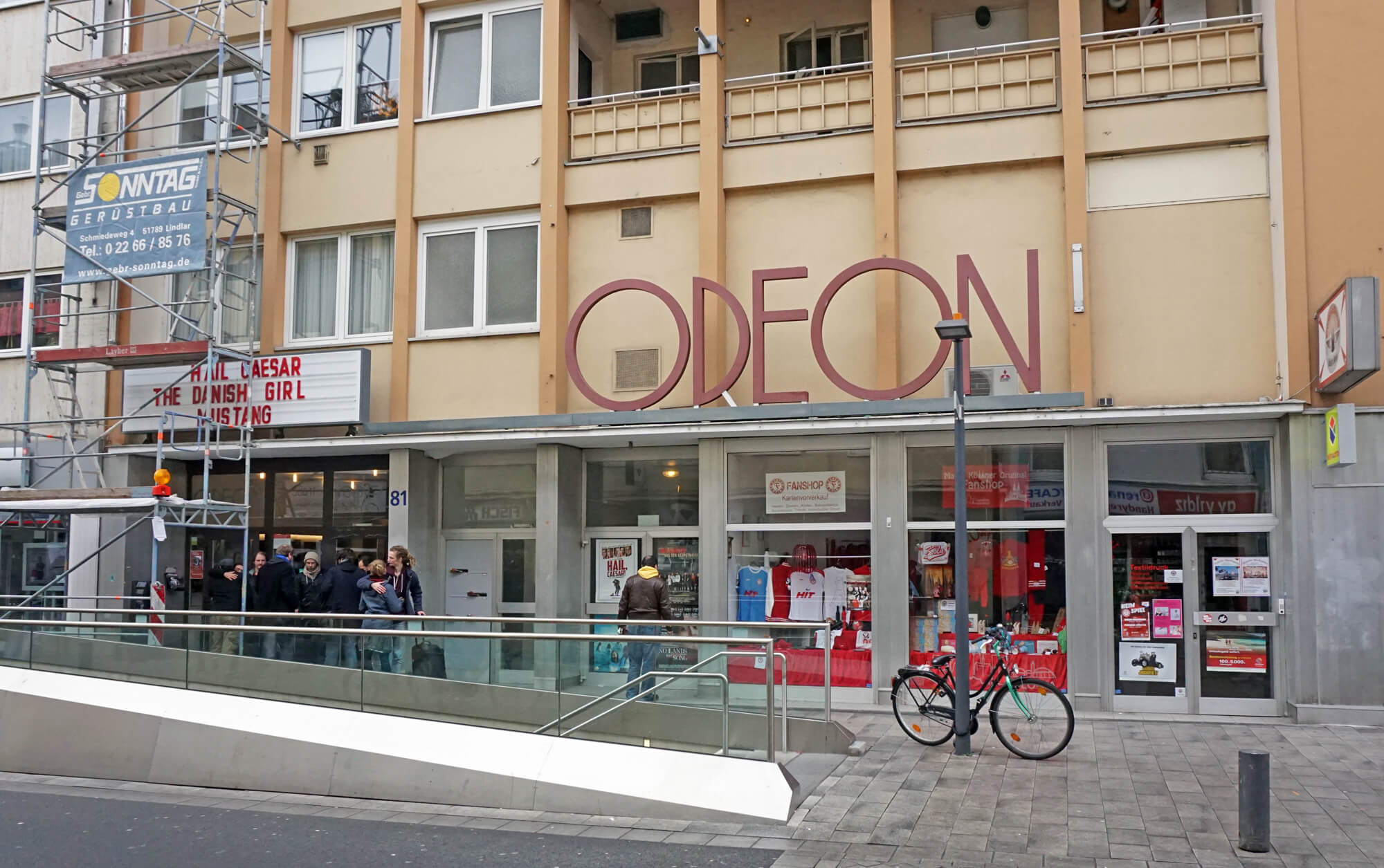 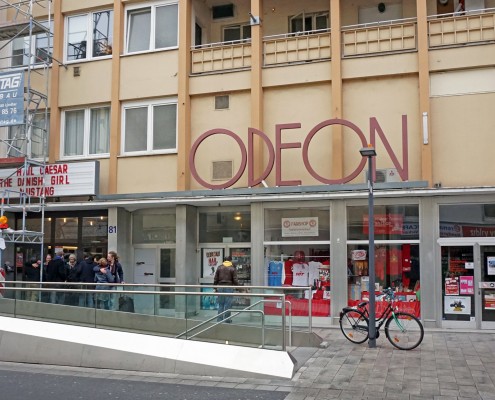 Surrounded by bars on the Zülpicher Strasse in the heart of the so-called Kwartier Latäng (Latin quarter) you’ll find OFF Broadway tucked away at the end of a long driveway in a beautiful green courtyard. The variety and quality of films on offer is so great that I don’t even know where to start. The cinema predominantly shows films in the original version with subtitles – “European art house films, world cinema, Asian, south American and African films as well as films from American independent Cinema“ –, as it is so perfectly formulated on its homepage. Something also worth mentioning is its world cinema series that presents feature films and documentaries every Tuesday and the reflection on the psychology of films that takes place every second Sunday in the month.