“We call it Ludwig”

Museum Ludwig is a veritable institution on the art scene and this year the museum for 20th and 21st century art has three reasons to celebrate! 2016 marks 40 years since Peter and Irene Ludwig made their donation of around 350 contemporary works of art. But it was also 70 years ago that Josef Haubrich gave his collection of modernist works to the city of Cologne – a gift that was the birth of today’s museum. And 30 years ago the museum moved to a new building between the cathedral and the Rhine.
The team at Museum Ludwig has devised a special kind of exhibition to mark the occasion fittingly. With the help of 25 artists and collectives from around the globe, they’ve put together an anniversary exhibition that is all about the museum itself. We were at the opening press conference and had a look around the exhibition. We’ve picked out three pieces that we particularly liked to give you an idea and, we hope, to inspire you to visit the exhibition too. 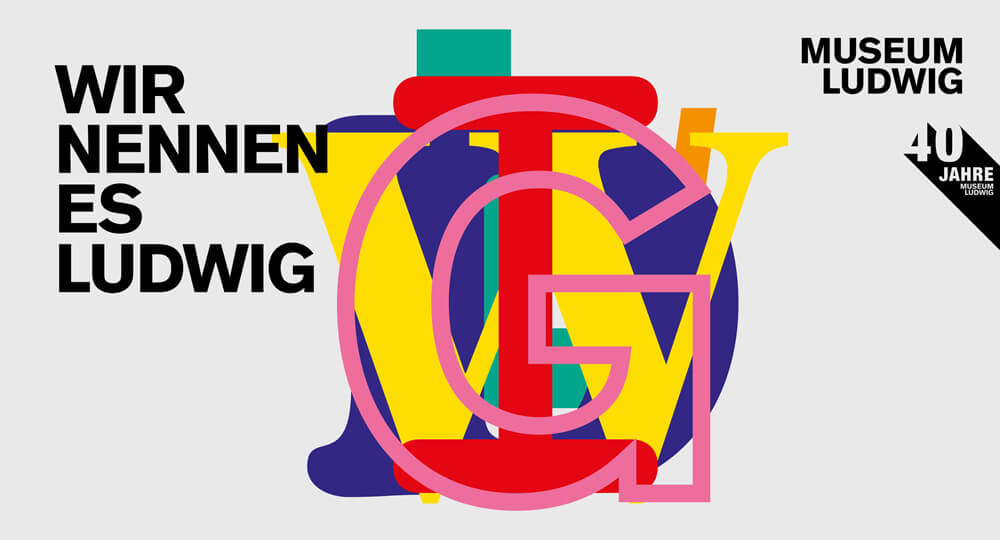 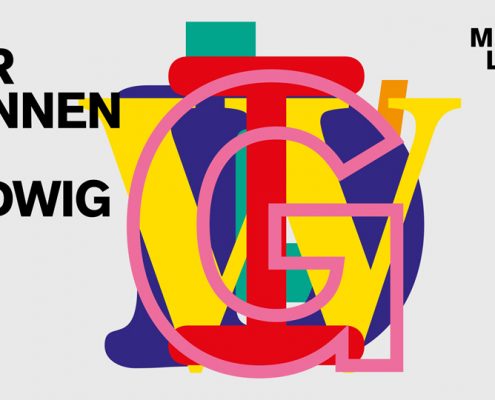 An unconventional composition – “The chocolate master” by Hans Haacke

Born in Cologne in 1936, Haacke has lived in New York since 1965 and is famous for his political conceptual art. This work, from 1981, greets the visitor right at the beginning of the exhibition and is a critical reflection on Peter Ludwig and his controversial relationship with the art and business worlds. The seven diptychs, composed of multi-coloured screen prints with photos and chocolate wrappers glued on, is the result of in-depth research into the history of the family and company of the Ludwig art and chocolate dynasty. They reveal details such as financial and inheritance tax advantages and the extent to which the Ludwig Foundation’s charter had an influence on culture and politics. To the onlooker, this contrast between the critical assessment of Ludwig and the “sweet packaging” is both weird and wonderful.

Diango Hernández has created a bright and colourful present for the museum’s anniversary – two murals entitled “Sailors” and an undulating aluminium bench. Bearing the name “Ludwig”, the bench has six waves to symbolise the number of letters in the name. The artist, born in Sancti Spíritus in Cuba in 1970 and now based in Düsseldorf, set out to create something that was visual and tactile. He has taken the logo and important exhibition titles from the history of the museum and translated them into colourful landscapes.  The landscapes are full of the undulating shapes so typical of his work. They’re abstract, uncluttered and beautiful to behold.

An unnerving video reflection – “Girlsplaining” by the Guerilla Girls collective

Founded in New York in 1985, the Guerilla Girls are a collective of feminist artists who raise awareness of the major underrepresentation of works by women and people of colour in museums and galleries. They gather information about art institutions and put it into the public domain through performances, poster campaigns and videos. Thanks to their scary trademark gorilla masks, they’re able to remain anonymous in public – as they did at the press conference at Museum Ludwig. As well as a banner on the outside of the building designed to draw attention to the problems posed by private art collections, there’s a 7-minute video with the title “Girlsplaining” and a series of posters documenting the groups’ activities since 1985 – all intended to get visitors to think about the fact that only a fraction of the works on show in the museum are by women or artists of colour. As a result, the Guerilla Girls’ contribution is unnerving both in what it says and how it says it but it’s wonderful to see. 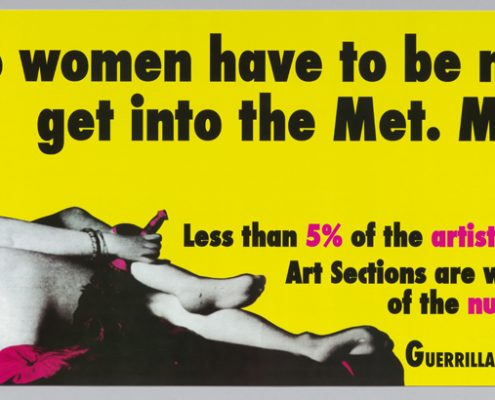 The anniversary exhibition is unusual in that it’s extremely personal and self-critical. It allows the visitor to take a different look at Museum Ludwig and the new impressions and unusual combinations it provides make it well worth the visit.