A summer break? A rare occurrence in Cologne. On hot summer days, other city centres empty out. In Cologne, summer is when pop culture comes to life. In fact this is a long-standing tradition, with Popkomm drawing thousands of music enthusiasts to the city until the event was discontinued in 2003, although it does have a worthy, albeit smaller, successor in the music festival c/o pop. But nothing buzzes quite as loud in late-summer Cologne than gamescom. But is the video games convention attractive to occasional gamers as well? And is there any alternative at all to the push and shove in the full-to-bursting trade fair halls?

The bombshell was dropped in 2008: the Games Convention would be renamed and relocated from Leipzig to Cologne in 2009. Overnight, Cologne gained a place on the international video gaming map. Since its arrival in the Rhineland, gamescom has been up there with the best of the world’s computer games fairs such as the Electronic Entertainment Expo in Los Angeles and the Tokyo Game Show in Japan. Hundreds of exhibitors flock to Cologne each August to present the latest games in time for the autumn and Christmas sales. Their products draw hundreds of thousands of gamers who come here to meet virtual acquaintances and get an early shot at the games that will hit the stores only months later.

Goody bags and tinnitus for free

However, an eight-hour shift at gamescom is not for the faint-hearted. Heat, noise and eye-popping blockbuster games combine to produce a rather challenging environment. Trailers announcing the seventh instalment of the latest first-person shooter game are projected onto enormous high-res screens. Nearby, gamers queue for hours just for the privilege of watching a three-minute trailer for a new action adventure. Yes, it’s paradise for hardcore games fans, but also more than a little trying for the more reticent type of gamer, such as those with an interest in the link between video games and audiovisual art. The main convention is not really for them – but thankfully there are alternatives.

Thanks to a number of digital initiatives, Cologne has some relaxed alternative events that contrast sharply with the over-the-top, almost always sold-out gamescom. In a number of on- and off-site locations, games developers and audiovisual artists present their fascinating projects, among them a large number of prototypes. The level of artistry is generally high, with several of the works probably not always commercially viable in graphic and technical terms. However, in many cases they can certainly be played, without gamers having to queue for hours, and what’s more, frequently on very unconventional hardware. And as if that weren’t enough, these side-events are all free of charge.

This year’s PLATINE Festival, the sixth instalment overall, will take place on and around Ehrenfeldgürtel. PLATINE is a showcase event and treasure hunt rolled into one. Armed with an information leaflet, gamers work their way through clubs, galleries and pubs to witness some astonishing projects that bridge the gap between electronic art and alternative gaming. Last year’s highlights included a ping-pong table whose surface took on a new three-dimensional shape during the game – an optical illusion so challenging even to seasoned gamers that their usual performance was impaired. A new feature in 2016 is SisyFox, which involves rolling an enormous, sensor-studded ball up a hill. As the name suggests – reminiscent as it is of the mythological Sisyphos’ task – it’s practically impossible. The gamer’s failure is the game. By contrast, Current Times is built around the current situation in the video gaming community and applies processes known from the world of work to the video game medium.
PLATINE is a fascinating experience for gamescom visitors with extra energy and non-gamers alike. Even if the convention weren’t in town, the festival would still manage to draw a crowd of Colonians for sure. If you’re going, be certain to visit the slightly claustrophobic bunker K101 in Körnerstrasse.

This show in Cologne’s Kalk district, within easy reach of the trade fair grounds, takes place in a location that is almost as spectacular as the event itself. Baustelle Kalk is a bar, club, cultural biotope and makeshift beer garden all rolled into one. The creative heads behind it were recently awarded the city’s cultural prize – and well-deserved it was too. This is the second time in two consecutive years that the show has been organised to coincide with gamescom. Unconventionally, the 2016 theme is Virtual Brutalism, with five digital pieces by Limasse Five, acatalept, Ezra “xra” Hanson-White, Ivan Notaros and Dylan Schneider at the core. Three of them, it’s been announced, will be interactive. “Brutalism” in this context is a reference to the architectural style of the same name, not brutal video games as one may be led to believe. Raw digital architecture, screen art and more provide the backdrop for discussing how certain video game aesthetics are influenced by the analogue version of brutalism, amongst other things. Intriguing stuff. 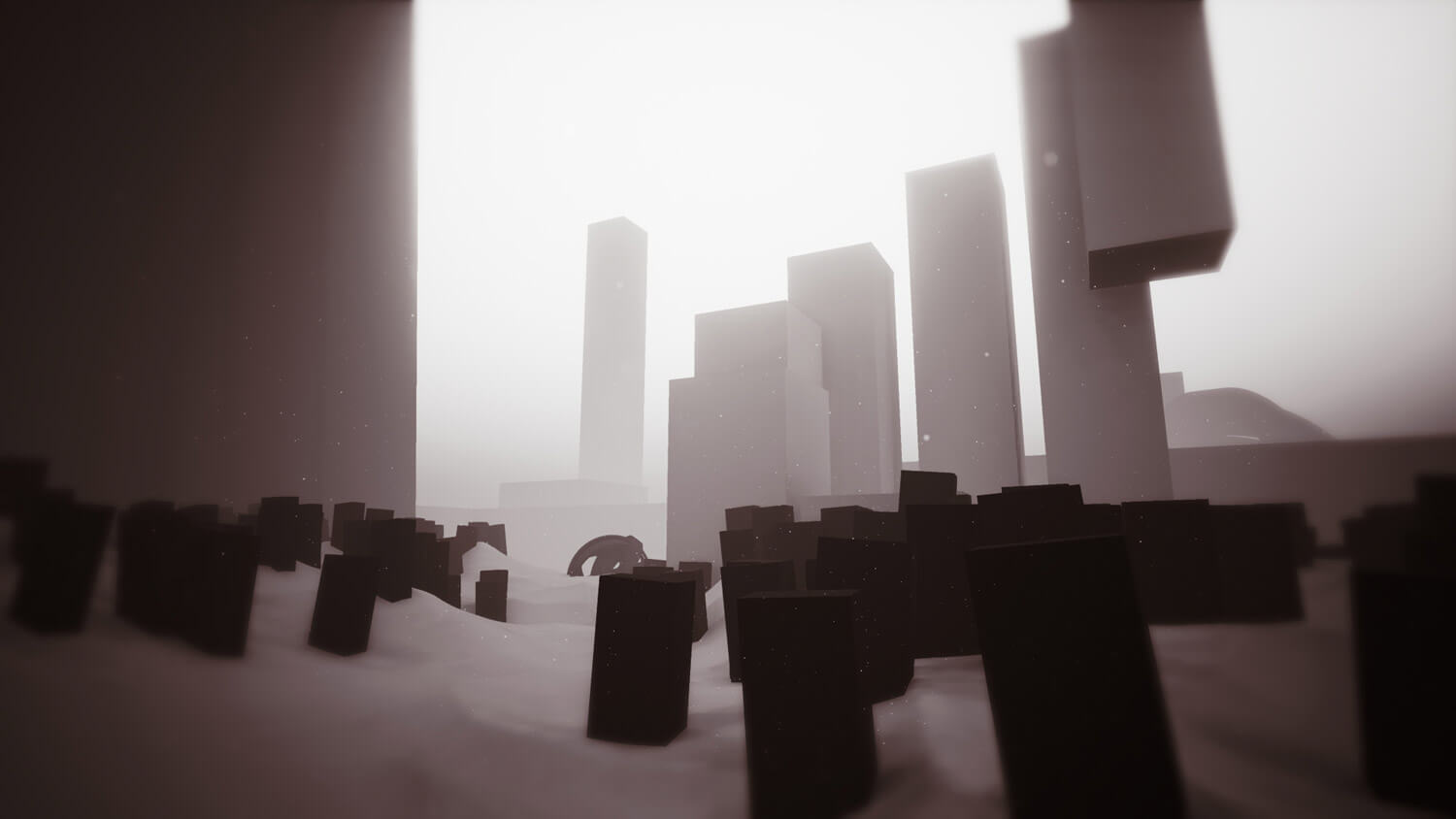 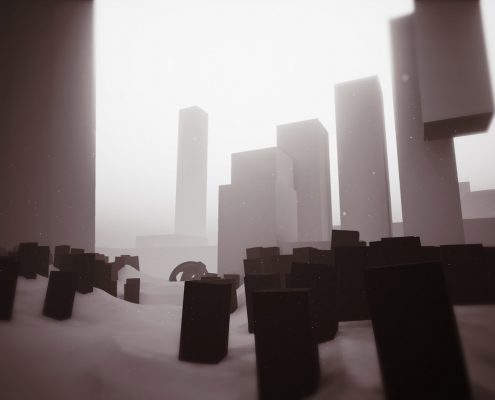 For some light relief from all that binary code, gamescom 2016 will again involve its very own open air festival spread across three days and four stages at Hohenzollernring, Neumarkt, Rudolfplatz and for the first time also Apostelnplatz. The diverse line-up includes Joris, Max Giesinger, Valentina Mér and – a very special recommendation – the Cologne-Berlin indie band Abay, fronted by former Blackmail singer Aydo Abay. An emotional way to conclude what promises to be a very eventful summer week in the city. 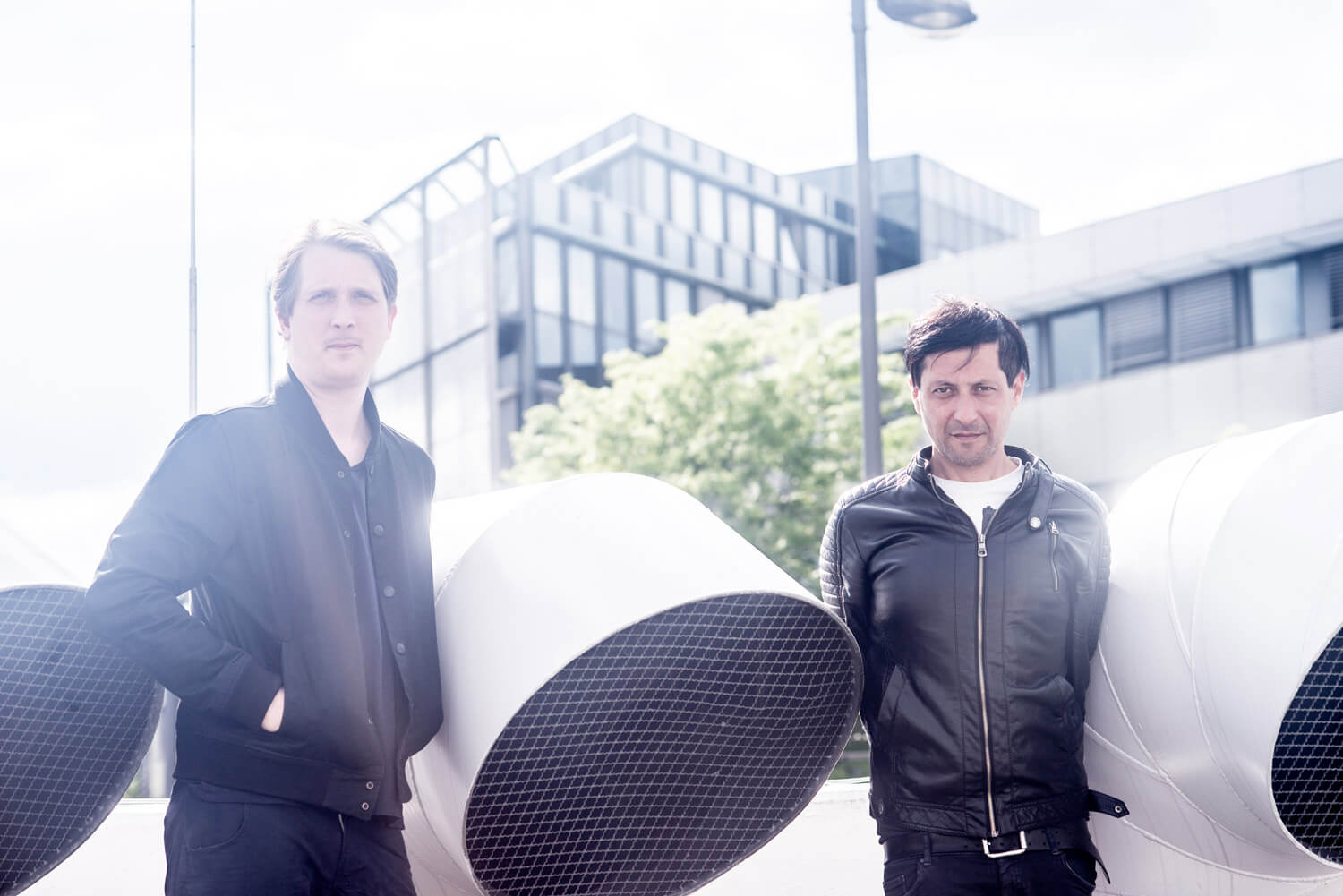 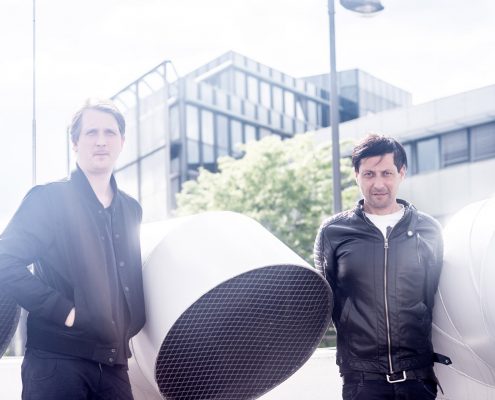