For sartorial inspiration, the well-dressed modern man would be well advised to go off the beaten track and explore some of the stylish boutiques away from the city centre. The Belgian Quarter and Ehrenfeld are just two districts that have established themselves as go-to areas for tasteful male fashion. Here are my top tips.

Herrenbude – A reliable instinct for the trends of the moment

A made-to-measure suit within four weeks? No problem, according to Achim Schmitz, whose fashion-conscious clientele can select from several hundreds of fabrics. However, Herrenbude in Ehrenfeld is also a great choice for slightly less discerning shoppers.
Schmitz, a self-styled “truffle pig for men’s fashion”, opened his store in 2008 with a tasteful selection of men’s apparel that meets all needs from top to toe. Besides his made-to-measure service, he carries a range of off-the-rack suits. His guiding principle: to sell nothing that he would not wear himself. And to round it all off, the proprietor and his small team are always on hand to provide competent advice to those in two minds. 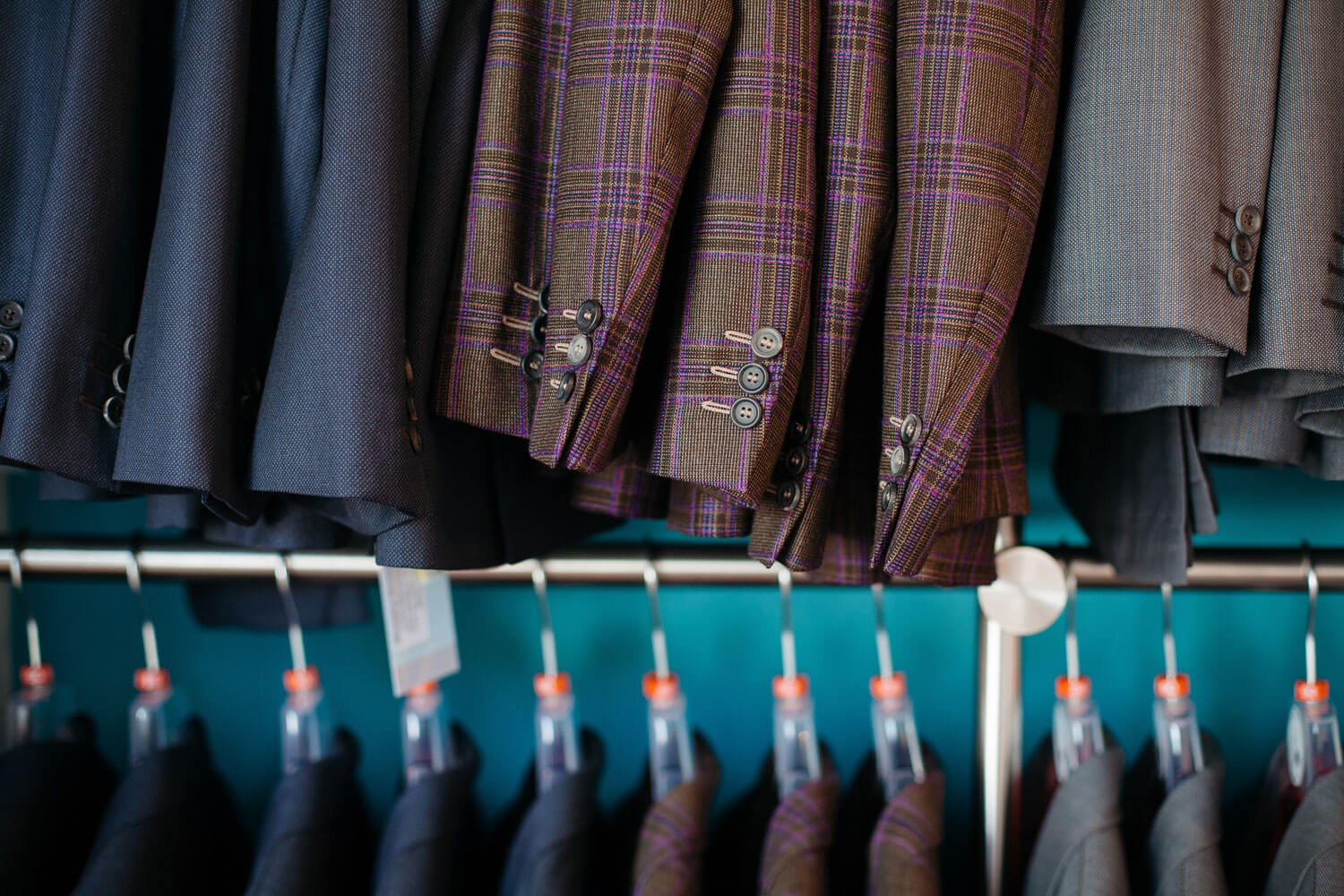 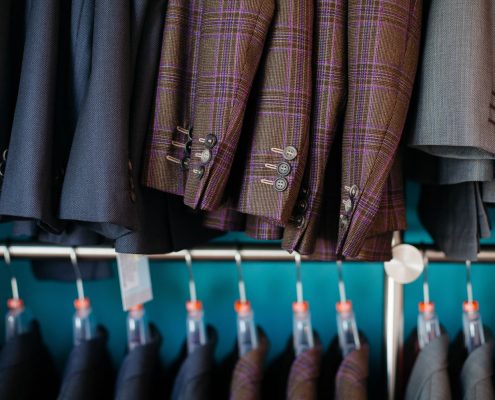 Stylish dressers? According to Norbert Ollig, they’re a dying breed, but they still find their way to Galant, where taste is paramount. After all, Ollig carries an exclusive range of men’s clothing from tweed suits to black tie, mainly of British origin – and he has a sizable vintage section, too.
However, the act of buying is only half the story – the other half comes from listening carefully to Ollig, who sees himself primarily as a style consultant with extensive knowledge of fabrics and cuts. Galant has around a thousand new and vintage suits on offer at any one time, so the store is well known among film teams and theatre dressers who head here to rent rather than buy that perfect stage outfit.
By the way, if you ever wanted a vintage racing bike from the 1960s to the 80s instead of a suit, why not drop in? Bikes are Ollig’s second passion.

If you’ve got style, there’s no need to follow the trends of the moment. That’s the philosophy of Monsieur Courbet, whose atmosphere is accordingly very pleasantly relaxed, with no big-name labels – and big price tags – in sight. Opened in 2008, this boutique carries a diverse range including basic pieces from Swedish company Resteröds, cosy warm sweaters by TYLRD from Duisburg and linen trousers by Knowledge Cotton Apparel, a Danish label. None of the approximately 30 brands carried here are run-of-the-mill, but they’re not outlandish either – and the price tags are reasonable.

Who’s the greatest style icon of all time? The answer’s right there on the oversized poster on the wall of Greenwich Man Time, a tiny boutique on Engelbertstrasse: Bob Dylan, of course. Six years ago, proprietor Evgenij Leschiner opened his store with a range of timeless, sporty yet elegant apparel that is reminiscent of the outfits of the singer-cum-Nobel Prize for Literature laureate.
Leschiner prefers to carry sustainable labels. For instance, the Muroexe sneakers are vegan, and the Armed Angels trousers come from sustainable and fair production. And here, too, the prices are moderate.